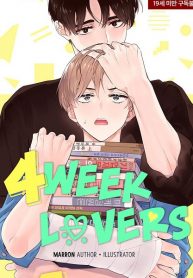 “You… never changed. The feeling of your lips… The way your hands gather, as if praying when you’re tense…. looking like a fool.” Exceptional looks, top of the department– Jeong Do-joon, who entered the Business Department in 2018, thought his college life would be stable… But soon ended up meeting Song Jae-hee again in their University Dormitory. When I was in high school, there was something I just couldn’t figure out…”Can’t you leave me alone?!”…”Just ignore me, and walk away.” Song laughs at Jeong, who just wants to run away, “I’m done.” Song, whose arm was broken because of Jeong, is offering a contract instead of a settlement… “For four weeks, will you be my lover?”