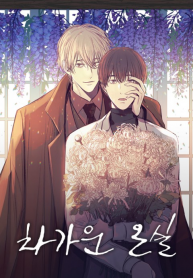 [Try to capture me. “The more you struggle, the more you get excited, I feel so thrilled. I’m willing to accept it if you want to continue…”]
Sejin, dreaming of revenge for his loved one. The man who approaches him is Gyu-ryeon, a close aide to the enemy. Thus, the two men’s deadly love game begins.