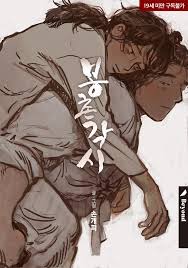 “You gave me fifty seats to the outer limb? As a condition of buying me? …why did you do that?” “If I don’t do that… I’m going to die…” He was beaten and dying at his master’s house where he was working, and he owes his body type and brings him back. Sun-gap calls herself a sexy girl and is confused by Bongchun, who does not do anything bad. A man who came to pick him up appears in front of Sungap, who was relieved that he had finally escaped from his host family while spending leisurely days with Bongchun. Chosun BL