Ongoing Brushing Past Each Other 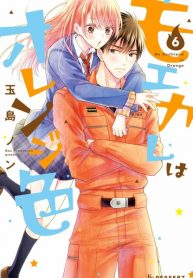 Brushing Past Each Other Average 4 / 5 out of 1

Since her father’s death, Asaki has to move to a new school. She is experiencing a desperate life. One day, she stood on the rooftop of her school and smoked, but she didn’t know the fire was spreading from the experiment lab. Then… a fireman, who changed her life forever, rescued her.