Dine With a Vampire 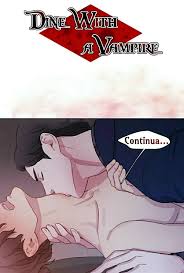 yaoi.mobi Manga were published in Japan and people understand Manga as Japanese comics. Manga could represent a part of Japanese culture because its content are mainly focus on praising the precious virtues of Japanese. Many comic artists in other countries are affected by Manga a lot.

Caught in the clutches of an abusive relationship, Sooin longs to escape. A vampire who finds human blood repulsive, Chi-hwan only drinks the blood of other vampires. When chance brings the two together, Chi-hwan makes Sooin an enticing proposal. Chi-hwan will help Sooin get out of his living hell, and in exchange… Sooin has to let Chihwan drink his blood. Will this proposal change both their lives for the better?

You can discover many 4chan-yaoi.…