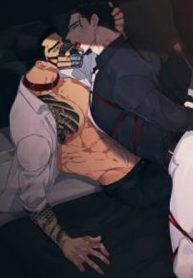 yaoi.mobi Webtoon is combined by Website and Cartoon. Basically, Webtoon is meant to be the comics which are uploaded on internet. Its original name was “Webcomic” then was changed into “Webtoon”. One typical feature of Webtoon is that comics are designed in vertial layout for pulling operation.

Choi Moon-hyuk, who was a player in an illegal fight club. He was a man who did anything to protect his precious younger brothers.