Flowers Under The Lantern Raw 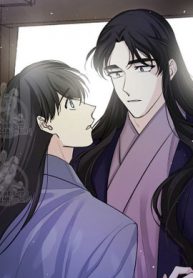 Flowers Under The Lantern Raw Average 5 / 5 out of 5

Prince Ju-gyeol approached Baek So-ho, who was adopted as the emperor’s reward. What is the true feeling behind his affectionate face? ‘Baek So-ho’ survived alone after the family collapsed due to slander and was adopted as the emperor’s accusation. Prince’jugyeol’ approaches him, who has endured a terrible ritual alone with no place to rely on. Baek So-ho believes in him and decides to follow Joo-gyeol’s sweet and gentle appearance, but the occasional cold face of Joo-gyeol makes Baek So-ho’s heart confused… Does true love exist in the imperial palace where no one can believe?