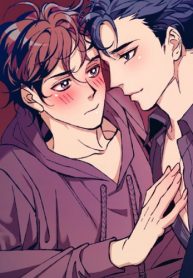 Junwoo, a hikikomori, passes his days alone, nestled within the darkness of his room that protects him from the outside world. The one strand of light capable of piercing his world is Hanbit, his neighbor and love interest. But when Hanbit leaves to study abroad, Junwoo is forced to take on a roommate to make ends meet. Could this break to his routine be the very thing that Junwoo needs to free himself of his darkness?