If You And Me Raw 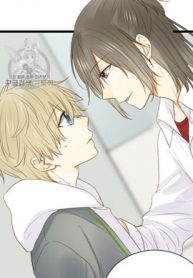 I told you to give birth to offspring and they are all males?! In order to return to the god dragons, you have to become a couple, but the emperor of Seonggye, who was struggling with the love game of god dragons who were born as men, could not endure boredom and sent a teenage god dragon down to the human world. It is said that it is only possible to return to heaven only by the birth of a new dragon, but unexpected things happen! Due to the emperor’s mistake, all the teenage gods were reincarnated as men!? All 10 dragons who can return to Seonggye only by giving birth to offspring are reincarnated as men?! A love match of 10 men who have the fate of having to become a couple to return to the world, I don’t care whether you are a man or a god dragon! To return to Seonggye, find your own employment tax?!