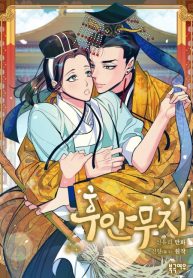 When the eunuchs who were cleaning the emperor’s private office and the chimney fell out of overwork, Yu Yak-woo, who was nicknamed’Cleaning Ghost (Soogwi-ja)’, was criticized for cleaning. “No, it works…” “What’s not going on all the time? Didn’t you say with your mouth that dirty things should be cleaned? “Hah, Haona… Hwangsang…” However, Yoo Ak-woo cleans not only the emperor’s’building’ but also the emperor’s’objects’. ‘The emperor is a heavenly child, and the emperor is unaware.’

You can discover many manga store