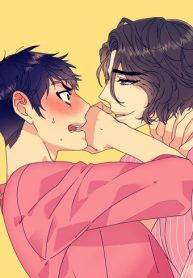 This is the story of two gamers, Jeong Dong Woo (Another) and Cha Su Jin (Honey Milk Tea), who met each other in an online game.

Dong Woo falls in love with Milk Tea and the two get married virtually.

One day, they decide to meet in real life. However, upon the arrival of Honey Milk Tea, Dong Woo discovers that in reality, his beloved wife is a…