My Partner’s Tastes and Fetishes 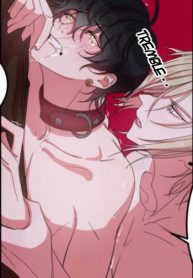 Jun, who lives a perfect life. He was full of confidence that he would take first place this semester as well, but it got taken over by the over motivated Cha Si Won.

Even on the day of the farewell party, Jun gets drunk and kisses Si Won. To cover the dark story, he takes a leave of absence and goes to the army. But after 2 years, Jun and Si Won have returned to school together.

They seem to have a lot in common, they have the same classes, they continue to meet each other and they also have the same phone model. Jun shudders at the constant feeling of being associated with Si Won.

He tries to relax his stress with the Phone Sex, but due to the accidental change of cell phones, Si Won discovers Jun’s sexual preference (SM)…

Read yaoi mangago online free on Yaoi.mobi and request faster update for you.