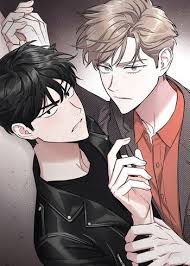 Former rising star, current no-name actor Jang Seungmin’s lucked out. Not only has he nabbed a role in a TV show, but he’s also getting to work with the biggest star in the country, Ha Hyunje. Charismatic, handsome, but also a little bit of a jerk, Hyunje has a magnetic presence that draws everyone in. Before Seungmin knows it, he’s become yet another Ha Hyunje fanboy. Seungmin’s satisfied with keeping a safe distance between himself and Hyunje, but…why is Hyunje so interested in Seungmin? More importantly, what does “the incident” that happened 7 years ago have to do with anything?