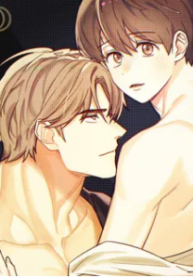 In the world of “Pian Pian,” people are born with the initials of their soulmates on their bodies. The location of these “imprints” is unique to the individual, but the meaning behind the letters is the same. Suha’s happens to be located in a – ahem – very private location. The chances of actually uniting with one’s soulmates is rather slim, but that hasn’t stopped Suha. Not only does he believe he will find his soulmate, but he also refuses to date anyone until then. But lately, his handsome boss, Chef Calix, has had him feeling some feels “down there…” He thought he was alone in these feelings, but the chef has suddenly started showing interest in him. Could the tides be finally changing for innocent Suha?