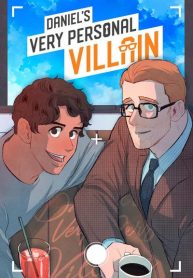 “Oh-Wyatt, why were you a villain?”Danielle, an agent of the Pan-National League of Heroes.Wyatt, a man of fate, appears in front of him with a fate to catch a villain .Wyatt, who has the same retro taste, and everything looks perfect. Daniel cries and confesses to Wyatt every time, but it’s a big difference.Then, a person who kills only villains and puts the city into fear appears.During the investigation, Daniel discovers his only love, Wyatt, on CCTV.As soon as Wyatt’s hidden identity is revealed, thetwo are swept away by the whirlwind of fate that faces Romeo and Juliet… .