The Time Between Dog And Wolf Raw 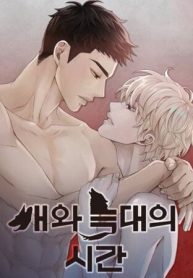 Until I learned what this time meant… it had always been just a dark time for me. Painter Han Kiyo who had been living a life of poverty was commissioned by an anonymous person on social media to draw some pictures. However, he became a murder suspect because the paintings he did portrayed vivid murder scenes. On top of that, due to a staff’s error, Kiyo was sent to an alpha prison, instead of an omega one.