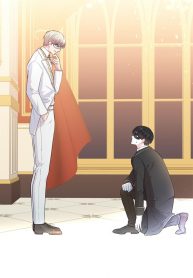 Louis, the commander of the Second Chief of Guards, is abruptly diagnosed as being “in the fourth month of pregnancy” while chasing a serial killer who is making a splash in the capital. Four months ago, an unforgettable night at the palace ball… Who did he spend the night with?