NEW Why Won’t You Do It With Me 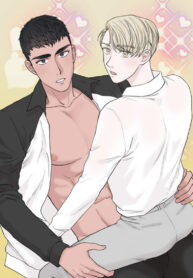 “Love deprived, dating doormat meets a muscle-headed cherry boy!Contrary to his haughty appearance, twenty two year old Jiwon Han is a complete doormat who pours his heart and soul into every single guy he dates.No matter how many times he is dumped after being used by his boyfriends, he’s an affection deprived person that only feels loved when embraced by another.In front of him appears Kwonwoo, who is completely Jiwon’s type of man, in appearance at least.It’s love at first sight for Jiwon, but no matter how hard he tries to seduce Kwonwoo, it ends in failure.Will he be able to seduce the sports maniac, or will it end in another failure?A “”sexy comic love story”” between a dating doormat who has never properly dated before, and a musclehead who only thinks of exercising.”