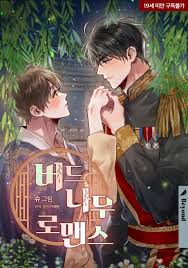 From the moment of his birth until now, Han Sang Yul’s life is not without lying. He was not the youngest son of Jodong medicine, but the chairman Han purposely took it from an Omega. Known as an Omega with a weak body but can only live as a subject of drug experiments, a drug so the body can react like other Omega.